My name is Piotr Stankiewicz. I’m an author and philosopher. I’m the founder and promoter of reformed Stoicism, i.e. a fresh version of Stoic philosophy tailored for our times.

Stoicism is the best remedy ever invented to the maladies and miseries of human life. Yet, if we intend to keep its promises, we need to update its premises. In reformed Stoicism I offer just that.

Reformed Stoicism relies less on the abstract authority of nature, fate or ancient manuscripts. Instead it puts emphasis on human autonomy and responsibility. It focuses more on empathy, emancipation and empowerment, while it is less ascetic and conservative than the traditional school. The timeless Stoic philosophy becomes timelier than ever. 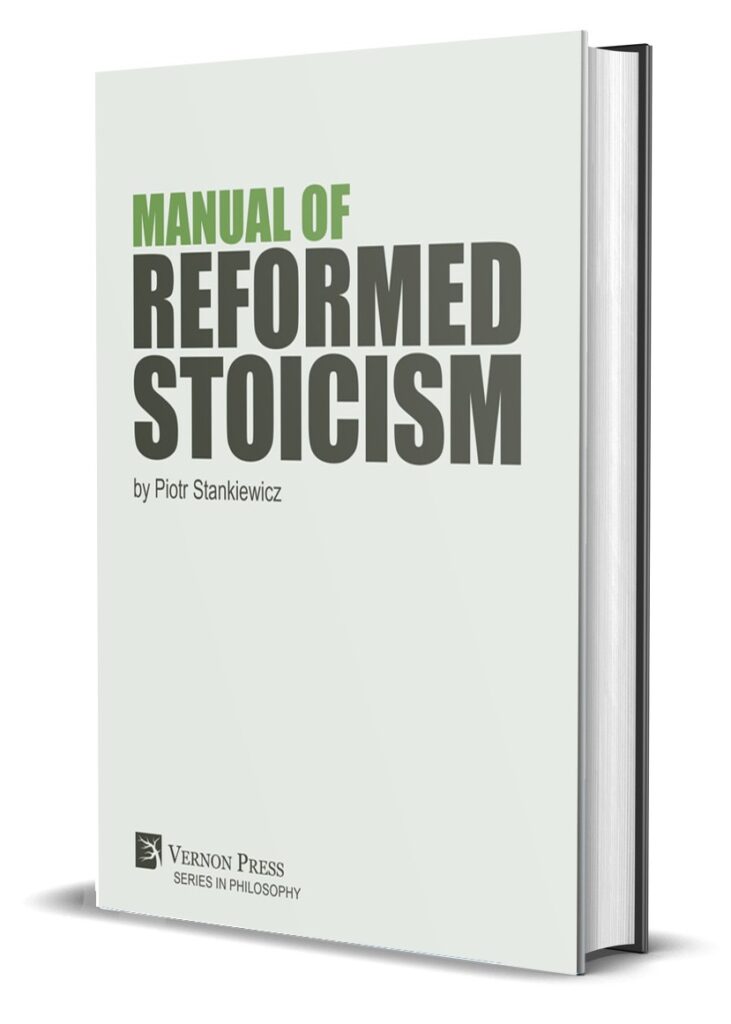 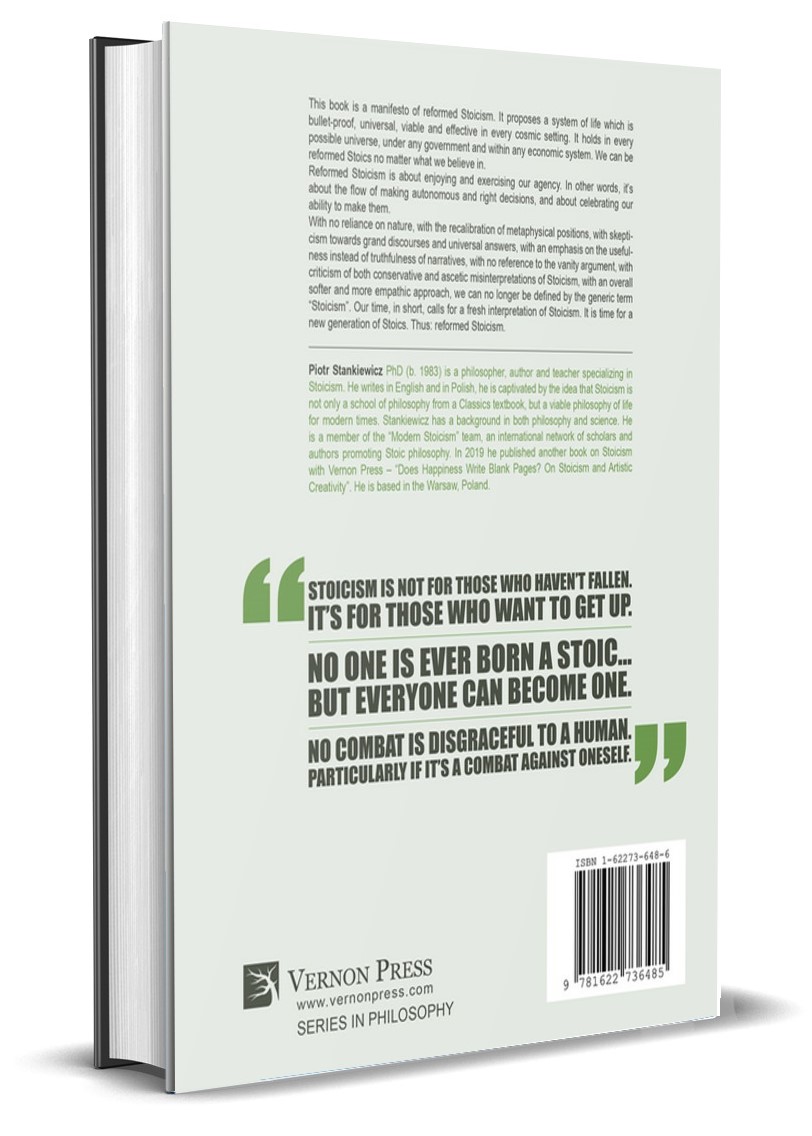 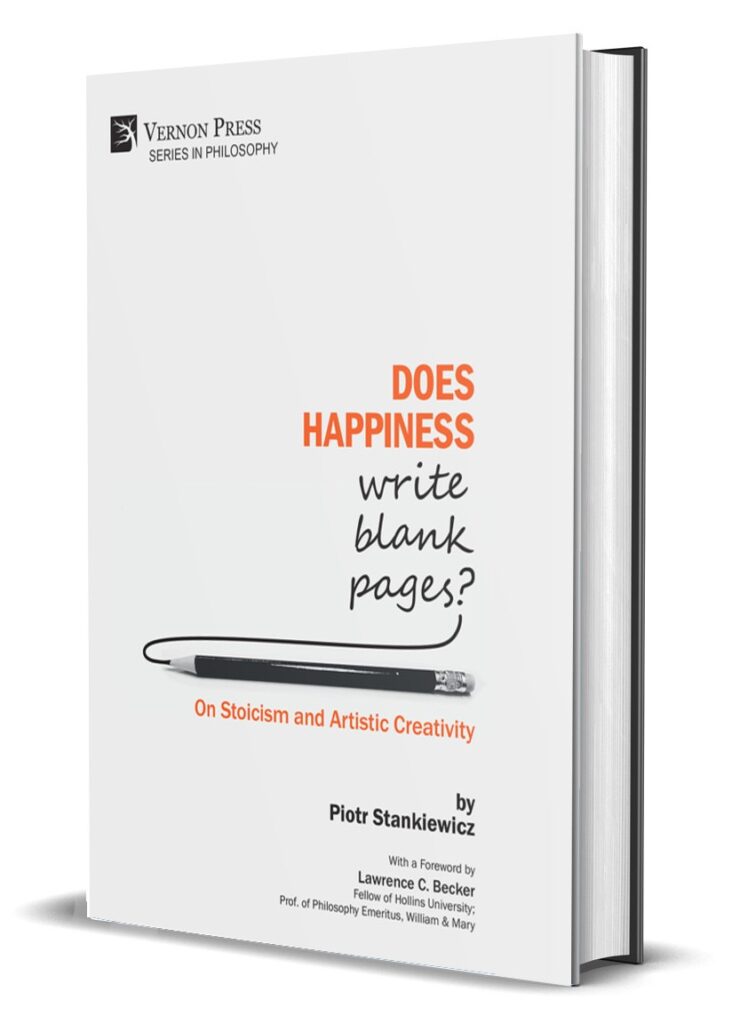 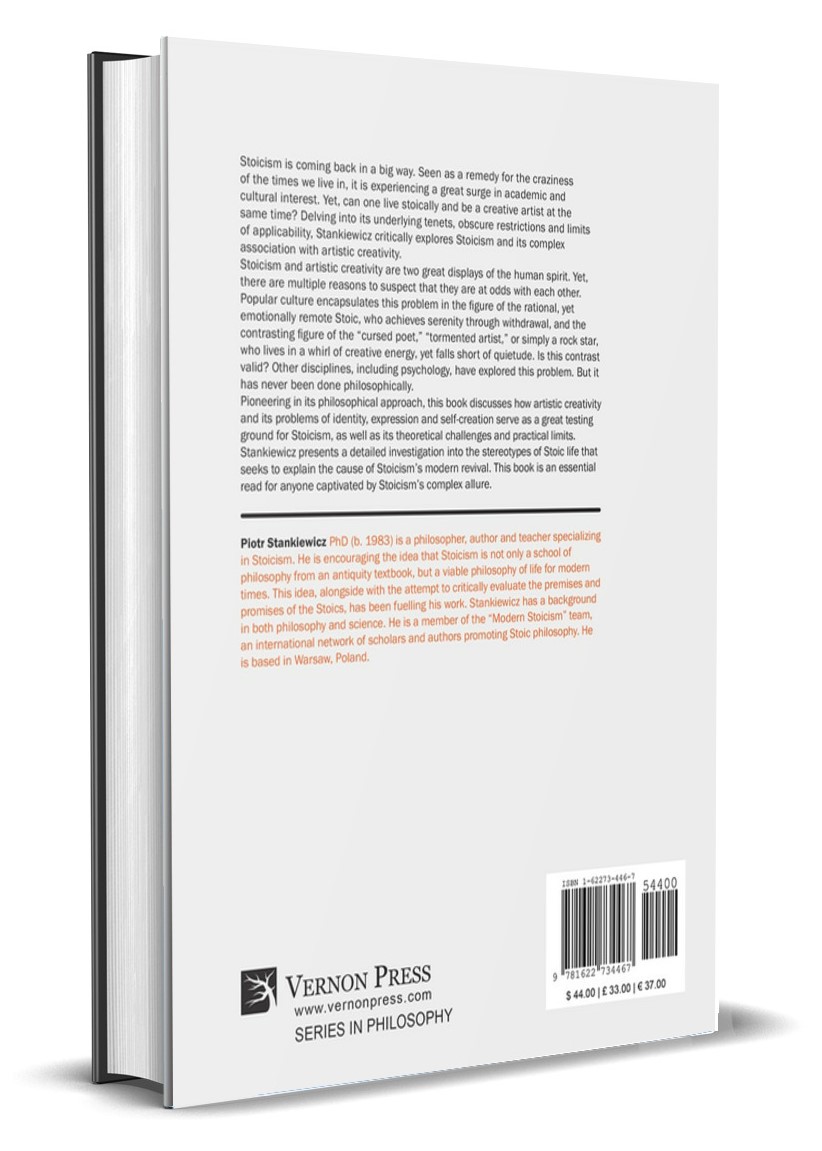 The arrival of this book is good news. The author is a poet as well as a philosopher; a public intellectual as well as a private one; and a practical Stoic as well as a theoretical one. Moreover, it is refreshing to have these discussions pursued by a genuinely cosmopolitan author whose concerns are shaped not only by his European roots, deep appreciation of the ancient Stoic texts, and contemporary philosophical discussion of them, but by his wide reading on the subjects involved.

…a compact book that addresses an interesting but neglected question and does so with admirable precision.

The author’s ideas are engaging. His arguments are well supported…

…a compact book that addresses an interesting but neglected question and does so with admirable precision.

about Manual of Reformed Stoicism:

A philosophy that was first articulated 24 centuries ago may be in need of some kind of update, to take into consideration modern sensitivities, not to mention advancements in both science and philosophy. Piotr Stankiewicz offers just one such update, what he calls „reformed” Stoicism, a term inspired by the similarly intentioned reformed Christianity and Judaism. It’s a bold attempt, which will no doubt be controversial and inspire rebuttals, improvements, and alternative offerings. Which has been in the spirit of Stoicism from the very beginning. Philosophies are not judged by whether they are „true,” but by whether they are coherent and — especially — useful. Let the discussion begin!